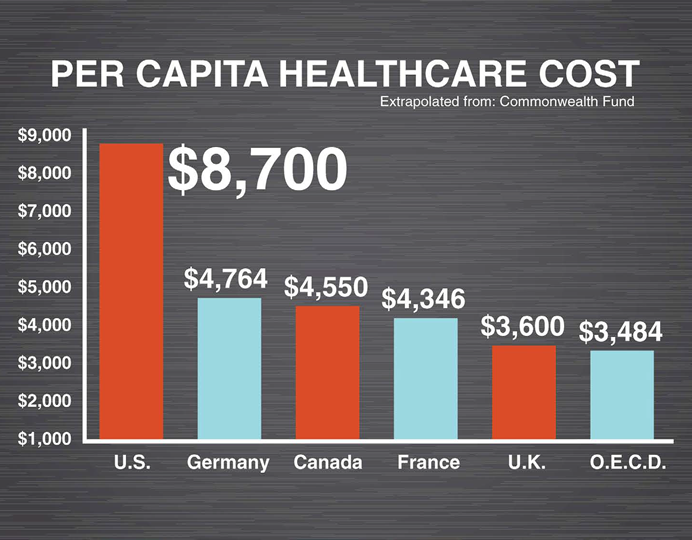 Lehigh Valley Medicare for All consists of folks in Lehigh Valley, Pennsylvania who support Medicare for All – national single payer health insurance. The US healthcare average cost per capita is twice that of other industrialized countries because our current system has hundreds of billions of dollars of waste baked in. The only way we can control costs is with the efficiencies of Medicare for All, a publicly funded single-payer insurance program which would cover all Americans and allow complete freedom of choice of providers. Administrative costs would drop to less than 5% compared to private insurance which is currently 15-20%. Health insurance would no longer be tied to a job, ending a system that creates job lock, flat wages, underemployment and age discrimination. Medicare for All would put an end to bankruptcy caused by medical costs. Overall, we would cut hundreds of billions of dollars and return that money to American communities, businesses and families.

Forum on Healthcare with the…

We had a full house! The Forum on Healthcare was a dialogue with the candidates on the current state of healthcare in America and what they believe needs to be done to fix it. The discussion was moderated by Richard Master, Executive Producer of the documentary “Fix-It: Healthcare at the Tipping Point” and Vincent Mondillo, Director of “Fix-It.” This was a great opportunity to hear the candidates speak in depth on healthcare issues and drug prices. We want to thank all the participating candidates and everyone who attended the event.

What businessmen have to say

Healthcare costs are the tapeworm of our economy Warren Buffet

A single payer system, with no insurance aspect is the way to go Charlie Munger

we need to fight for a simplified, single-payer health care system Richard Master